A Loving Approach to Dealing with Autism

When Jack-Jack gets a word, phrase or idea in his head, he talks about it repeatedly for days and days and days and days. A few years ago Jack-Jack and his siblings were outside playing. His sister said, “Let’s take a time-out,” and all Jack-Jack heard was “a time-out”. TIME-OUT one of his trigger words. This word strikes terror in his heart. Mind you, Jack-Jack hasn’t been put in time-out in years, but that doesn’t change anything. In fact, Jack-Jack hates seeing any children in time-out. Because of this our family has learned a better way of dealing with autism misconduct than the popular time-out. 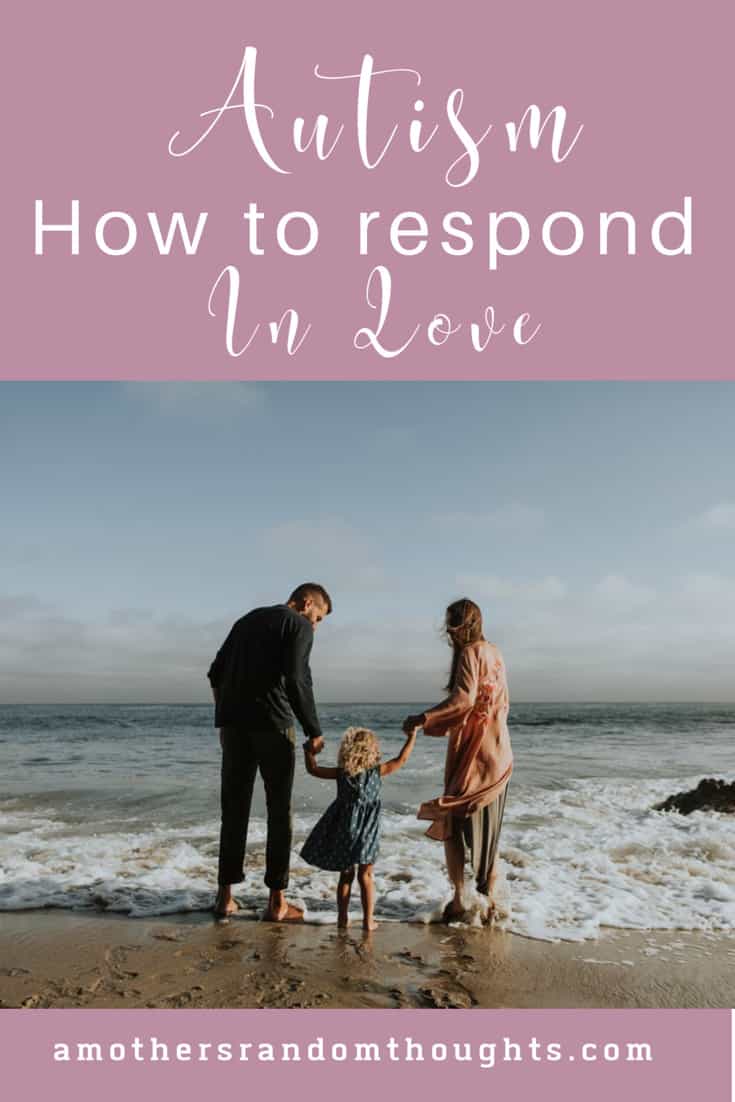 How Jack-Jack Thinks We Should Deal with Behavior Issues:

Sometime later while driving in the car Jack-Jack kept talking about time-out.
Jack-Jack: “I don’t like being put in time-out. Time-Out is bad.”
I tried to explain why someone would be put in time-out and just the mention of the word caused him to hear nothing else. I finally said, “If you hurt your brother, what should I do?”
Jack-Jack: You should hold me, gently!

I am sure Jack-Jack responded this way because he has a high need for connection. When he was put in time out when he was younger, he acted as if he were a wounded animal. It was crushing to my soul to hear him. It has been years since he was put in time-out, so I recently asked Jack-Jack what time-out means, and he said, “It’s when someone sits in chairs when they do bad things.”

What If We Took a Different Approach When Dealing with Autism?

This got me to thinking. We convince ourselves that punishing children will get them to obey us, but what if holding them is really the answer. Imagine screwing up something at work (like the time I put the wrong invoices in the envelopes so Attorney A and Attorney B saw that they were being charged differently for the same work. Attorney A would have been exceedingly happy, but Attorney B would have been hopping mad.) I was yelled at by my boss. What if he had said, “I know you messed up, but let me a give you a hug?”

What if all the criminals sitting in jails all around the country had been hugged a little more? Would that prevent murders and rapes and crime of all sorts? I do not know the answer to this, but I do know that Jack-Jack has a very simplistic view of life. Jack-Jack tries very hard to please us. He wants to do the right thing, and he wants to avoid punishment. When he does the wrong thing, he wants us to deal with him gently and with love.

WHAT IF LOVE IS THE ANSWER WHEN DEALING WITH AUTISM?

We have long known that children and adults on the autism spectrum process information and the world around them differently. And when dealing with non-verbal children, it is particularly hard to punish them because you never know their true intent. If I walked in the room and found Jack-Jack doing something wrong when he was non-verbal, I would not know if he truly understood what he was doing. Without his verbal input and reliable witnesses, the punishment was extremely difficult.

As Jack-Jack aged and became more verbal, I still felt that often he lacked the capacity to fully understand what was happening in the world around him, but I became more and more convinced that we need to operate out of love and respond in a caring manner.

Often times this is extremely difficult for parents to put into action. When you are stressed, tired and isolated from others, it becomes easier to lash out instead of responding calmly when your child does something wrong. Even if you know their intent was not evil or sinister, it is oftentimes challenging to respond in a loving manner.

HOW TO LEARN TO RESPOND IN LOVE

We all have overreacted at times. A reaction is an emotional response. If we are going to respond in love instead of reacting in anger, we need a game plan for when situations occur that threaten our sanity or cause us to react in a harsh manner.

First, you need to get be determined to respond in love versus reacting.

What is the difference between the two? A reaction is when you walk in the room and find something is broken, and you immediately get angry. No questions are asked, and you just start yelling. How can we train our children to respond to us if all they ever see is our angry reactions? If there is a dangerous situation, you may need to react to keep your child out of harm’s way. An example of this is they are holding scissors and ready to cut a power cord. An immediate reaction is warranted. But if they have made a mess in the family room, stop before you react. Count to ten yourself, and formulate a response.

Knowing how to respond before you encounter a situation is paramount to success. Additionally, I needed to be able to find joy in all situations to be able to react in a loving manner. 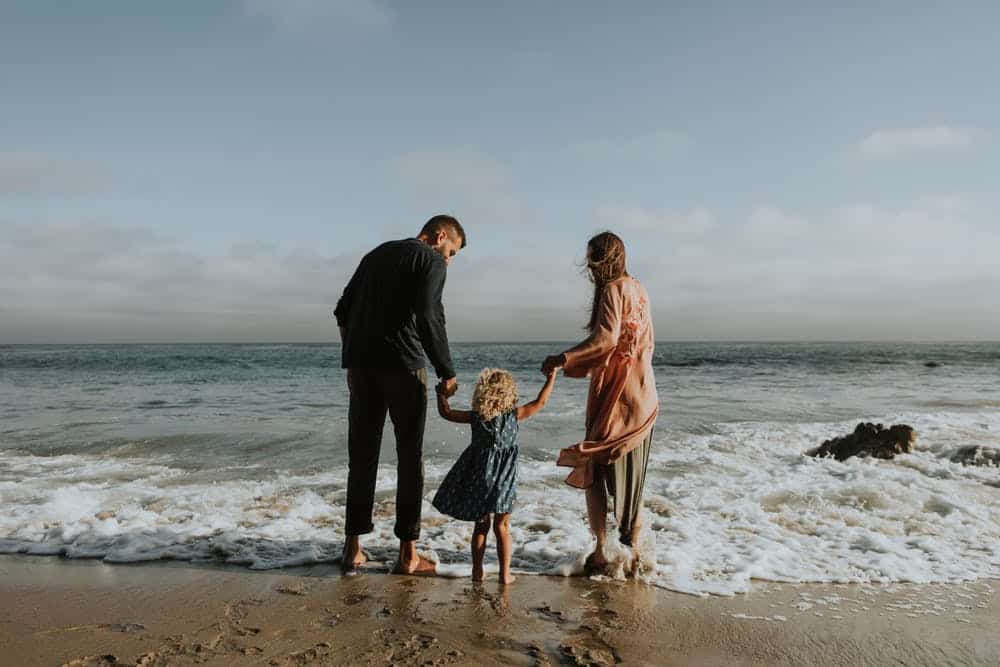 Second, when dealing with autism and your child’s behavior, look to the motive.

Is your child a sensory seeker and enjoys playing with flour (even all over the house)?

Was your child angry because of something that happened at school or while she was out?

Does she need to decompress after being out all day before listening to your request?

Is he overstimulated or over-hungry?

By trying to understand why your child is acting a certain way, you can begin to help them see a pattern for their responses. Jack-Jack does not communicate when he is hungry, but there are tell-tale signs such as crying and being overly sensitive. Finding the motive for their behavior goes a long way to you being able to respond in love. And when you figure out the motive, you can begin to help them modify their behavior before a full-blown meltdown occurs.

Third, make sure you have ruled out allergies and other conditions.

Before you begin to understand your child and their behaviors, you need to make sure you have ruled out allergies or other medical conditions. Even if you have had your child allergy tested, there can still be an underlying allergy or sensitivity that the tests do not pick up. I know that I have a reaction to corn and peppers although these do not show up on allergy tests. Many people will say that their skin feels like bugs crawling on them when they are having a reaction to food. This can certainly cause behavior issues.

I remember being in first grade and the teacher putting me in time out because I misbehaved in church. (Catholic school – church in Latin every morning before school – torture). I was “misbehaving” because there was a huge rock in my boot and I was trying to get it out. She never asked if there was a problem; I just got in trouble. Misbehavior can be caused by an abscessed tooth, infection, temperature, stomach flu, constipation, and other physical ailments. Before dealing with the behavior, look to see if there is a reason behind your child’s conduct.

Fourth, you need to understand your child’s level of understanding.

Even if you believe your child is capable of acting at their appropriate age level, responding in love is essential. If your child is 10 and acting like a 10-year-old, you can affect more change by responding in love than anger at everything that they do. This opens the door for lifelong communication. When your child is a teen, she will continue to come and talk with you about important life issues if she learns to trust you and if you respond in love.

Sometimes children learn that even negative attention is still attention. If you are too busy to notice when they are doing something good, they begin to learn to misbehave to get attention from you. By praising good actions, you will reinforce how you want your child to behave. Furthermore, sometimes ignoring bad actions will let your child know that they will not get attention. If your child learns that good conduct is rewarded, they will begin to do more good.