Let me start by saying, DisneyNature Penguins is rated G and is approved for all audiences, BUT this doesn’t mean I recommend it for all audiences. Please read my entire review to see if this movie is suitable for your child. My DisneyNature Penguin Movie Review contains facts and information that will be helpful to moms and dads deciding if they should take their children. 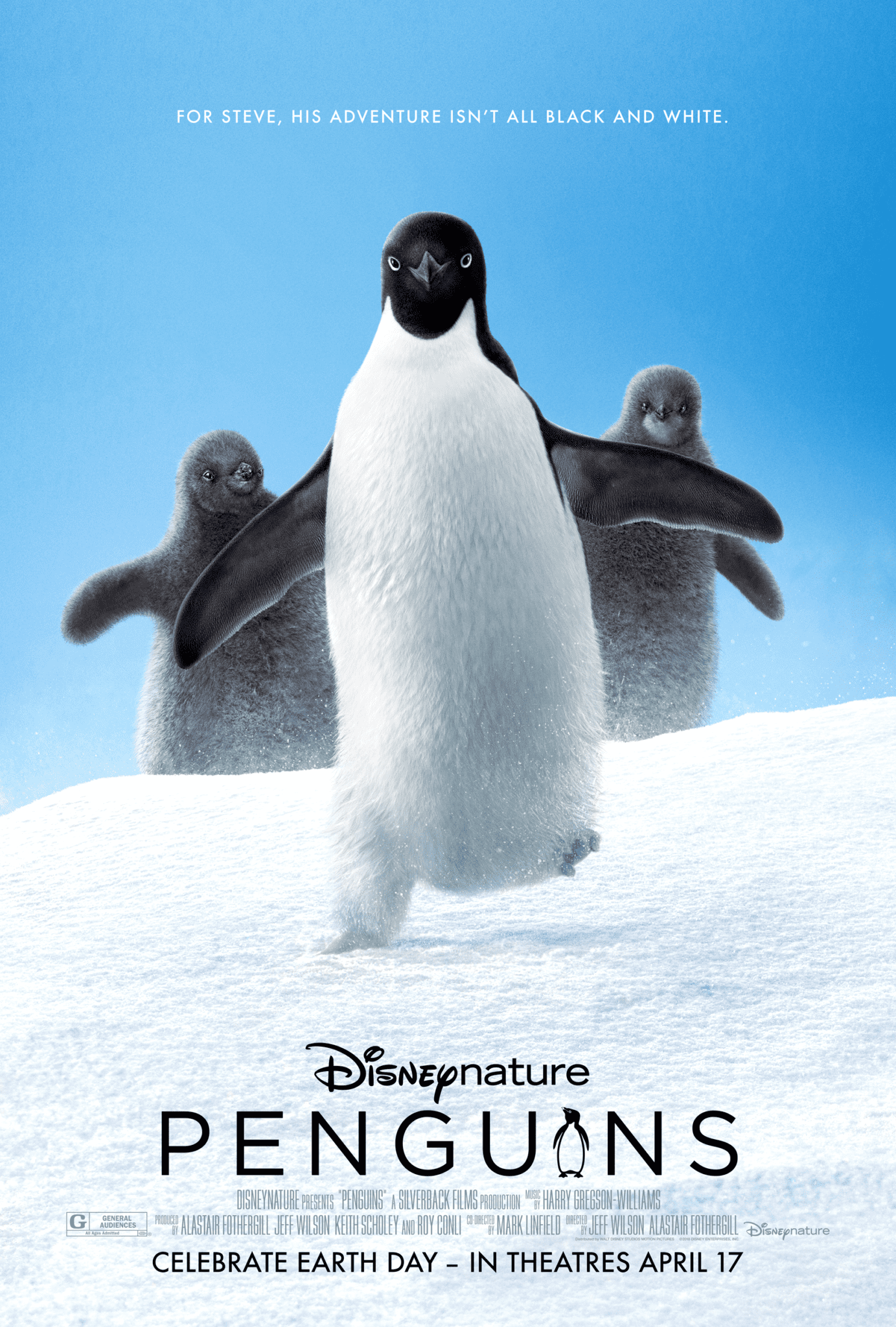 First, let me start by saying, DisneyNature Penguins is not a traditional documentary. I went in thinking this was a typical documentary. However, I concluded that it is a docudrama that is trying to be a docu-comedy.

This movie stars Ed Helms as the voice of Steve, an Adélie penguin who travels with the rest of the male penguins in the spring in Antarctica. The colony of penguins numbers in the hundred thousand. These birds make the trek to their nesting ground before the females arrive later. 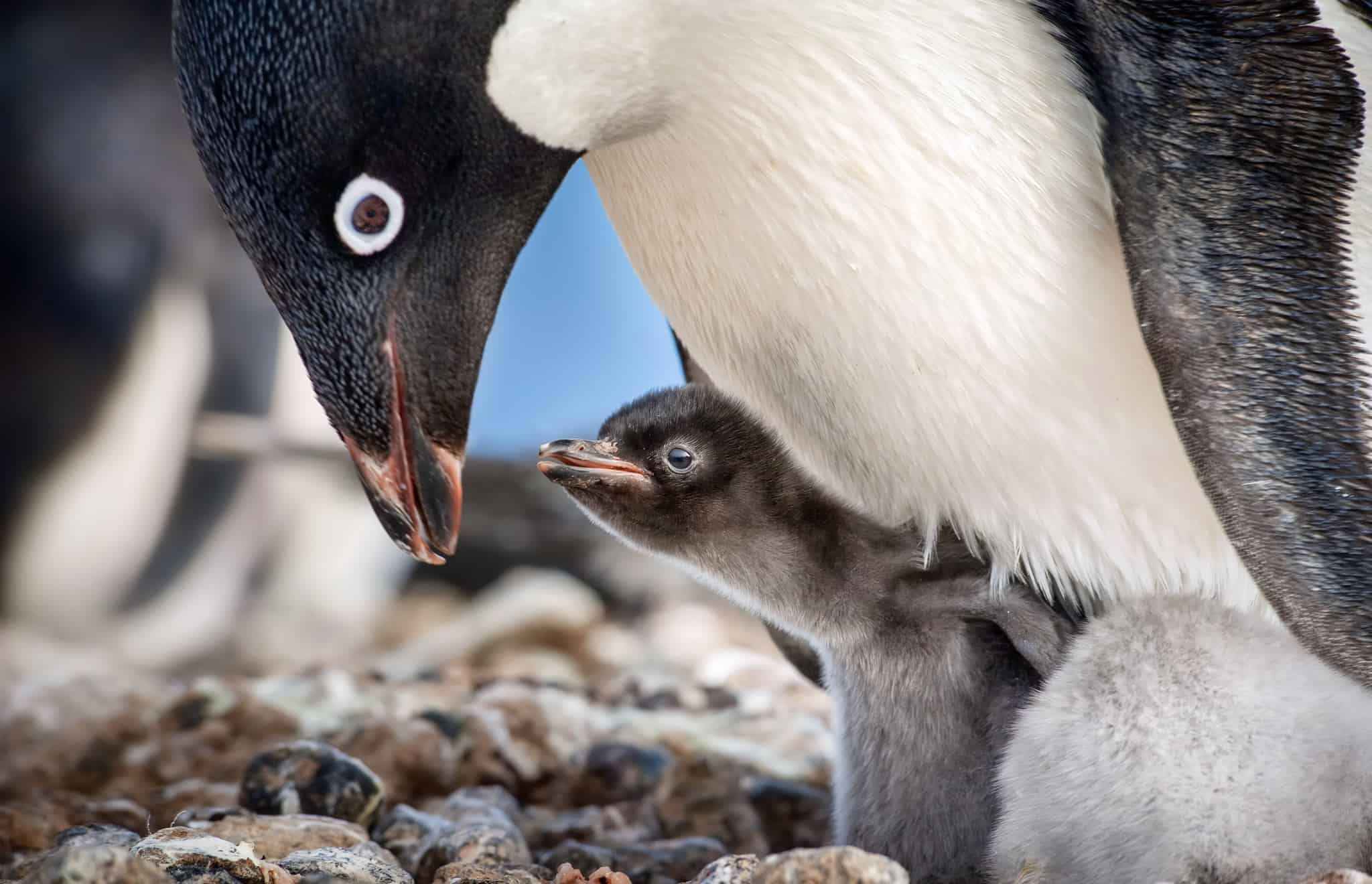 This is Steve’s first trek, and after securing an area, he makes a nest and awaits the arrival of the females. Once Steve attracts a mate, they will take turns taking care of the eggs and the young penguins. 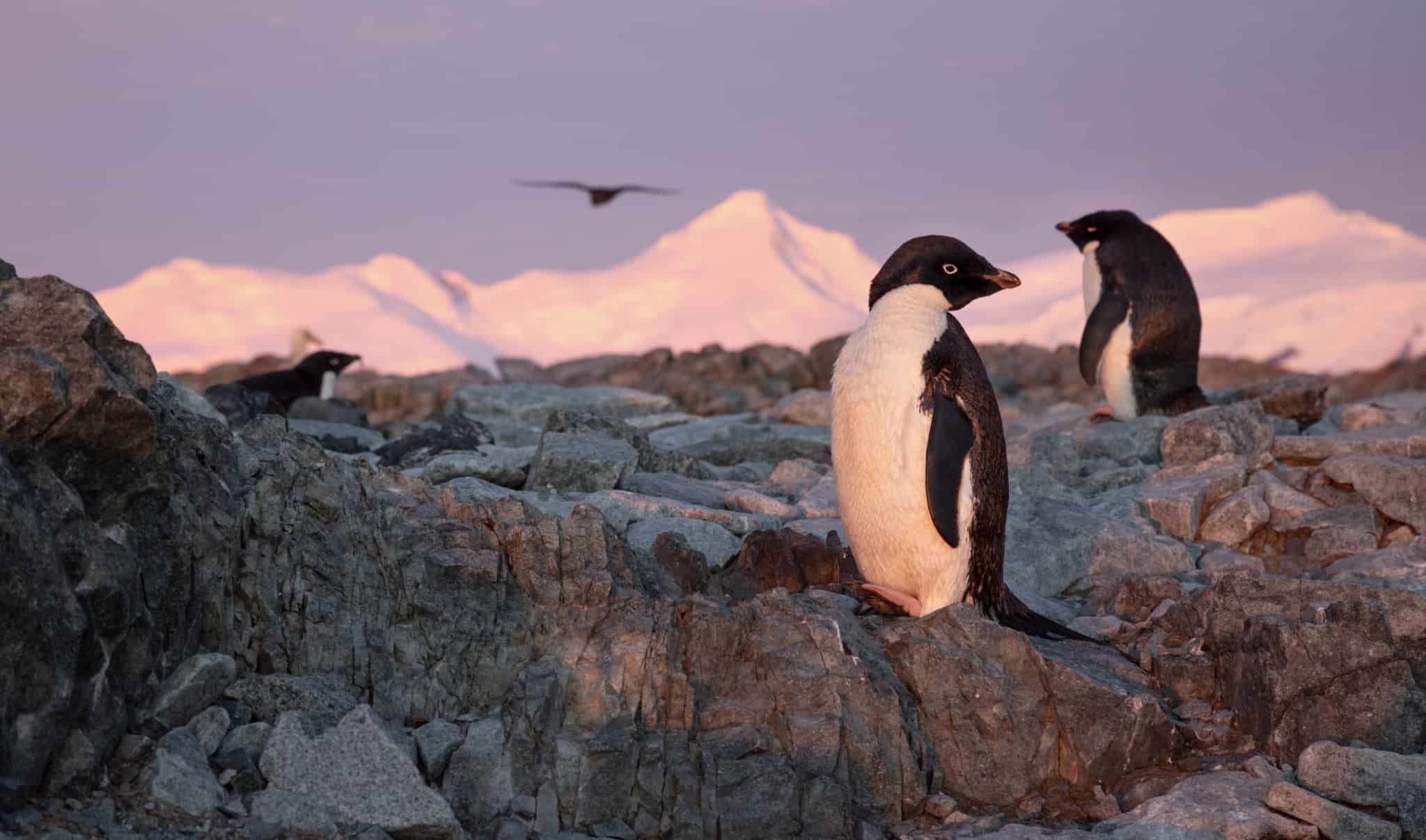 If you are a fan of The Office, you will immediately recognize Ed’s antics as Andy Bernard coming through in Steve, the Penguin. I am not sure if this was intentionally done to give the adults something to laugh at or if it is just Helms style.

Penguins is rated G, and there is not much in content that should bother parents. The filming is beautiful, and the filmmakers did a great job capturing the penguin life. Penguins was filmed over a period of 3 years, and It is a cute film, but I wonder if the topic of Penguins is overdone? 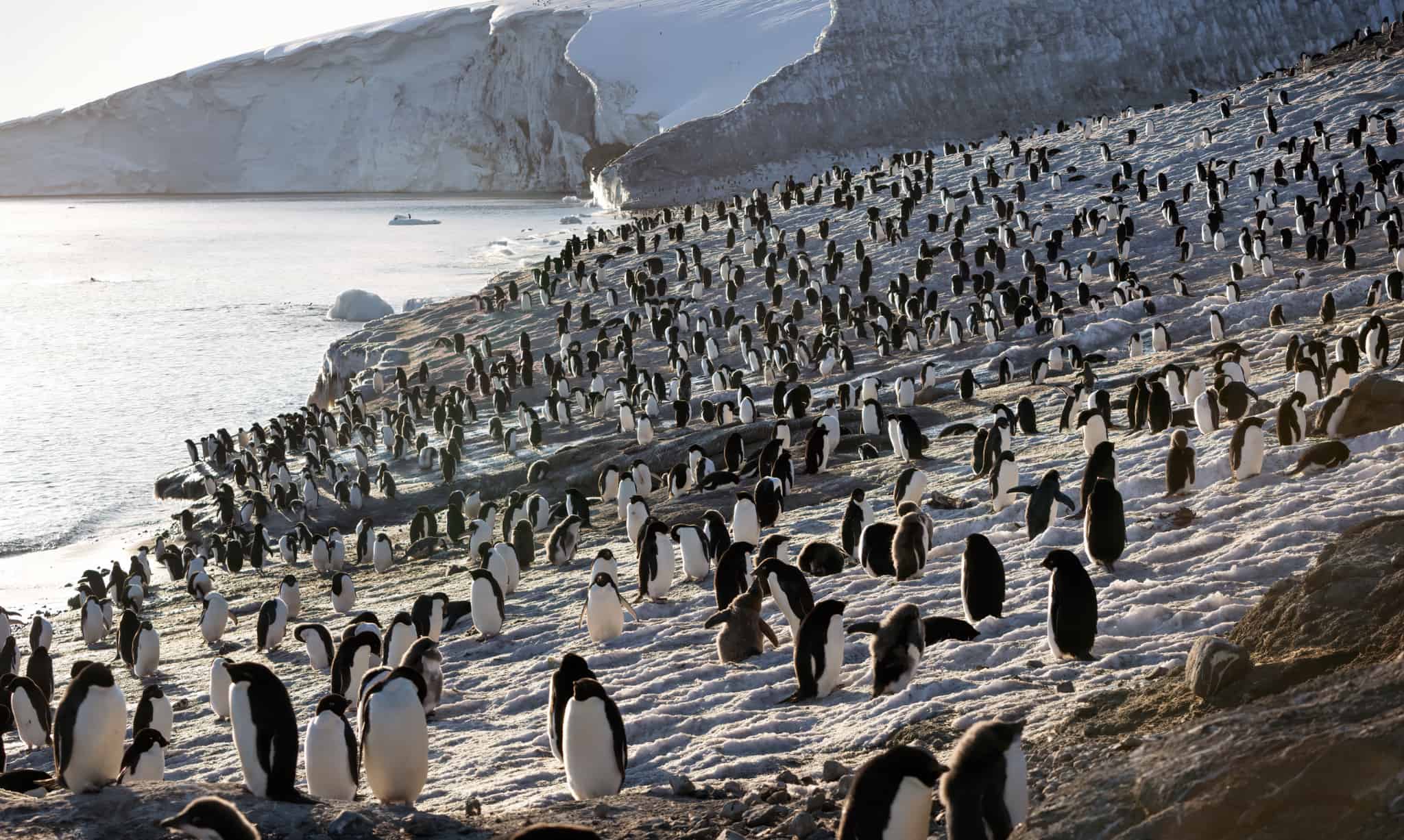 WHAT PARENTS MAY WANT TO KNOW:

This is not a true documentary. Ed Helms narrates as Steve, but he does so in a very human fashion. He gives human thoughts and emotions to the penguin, and there are literally lines from The Office in this film.

Furthermore, Steve talks about mating rituals and needing to find a mate. This is not done distastefully, but it is given a very human element.

“Can’t Fight This Feeling” from REO Speedwagon and “Here I Go Again” by Whitesnake, plus other popular songs are played. I mention this to give you the overall feeling of the film. 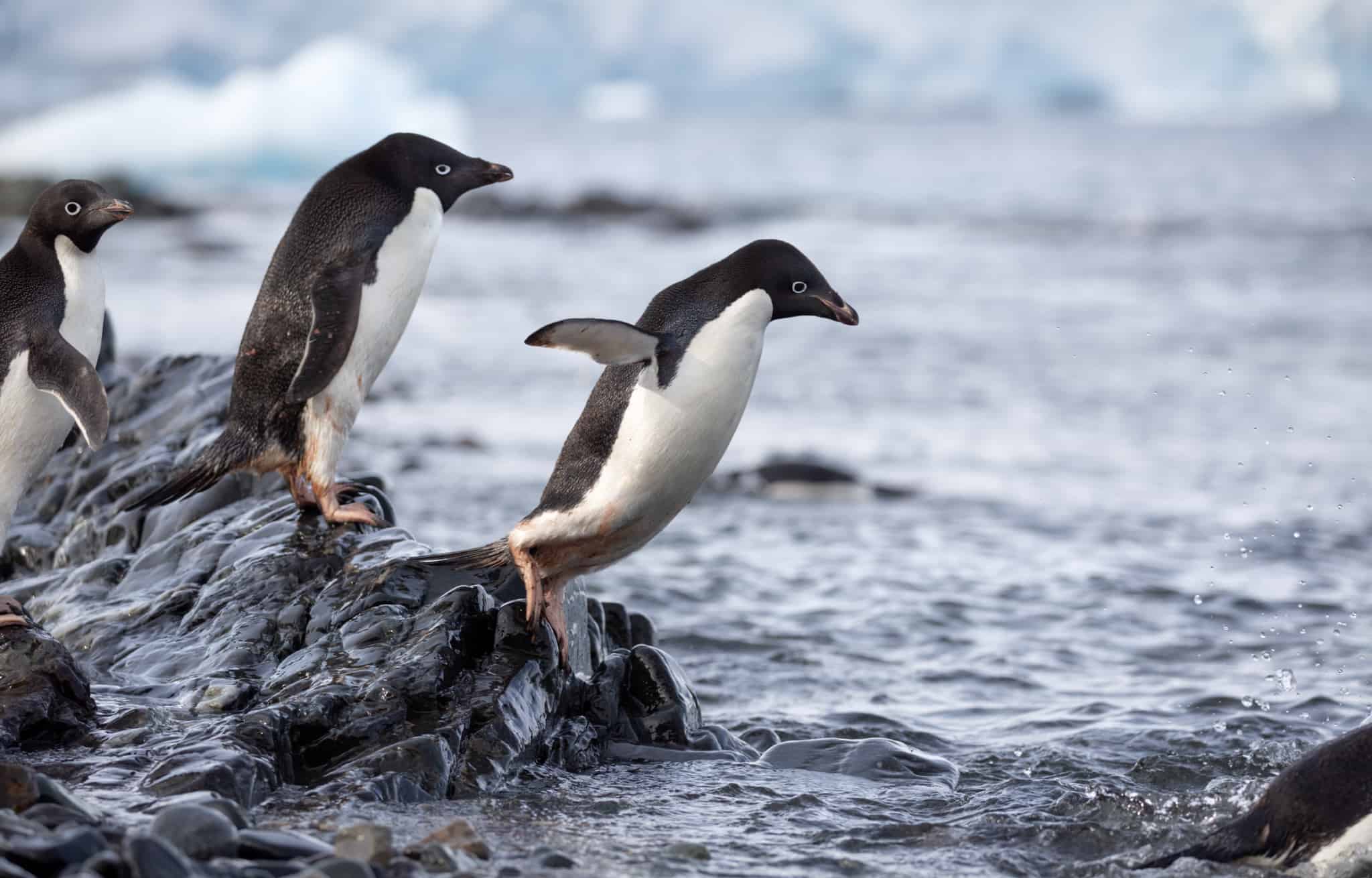 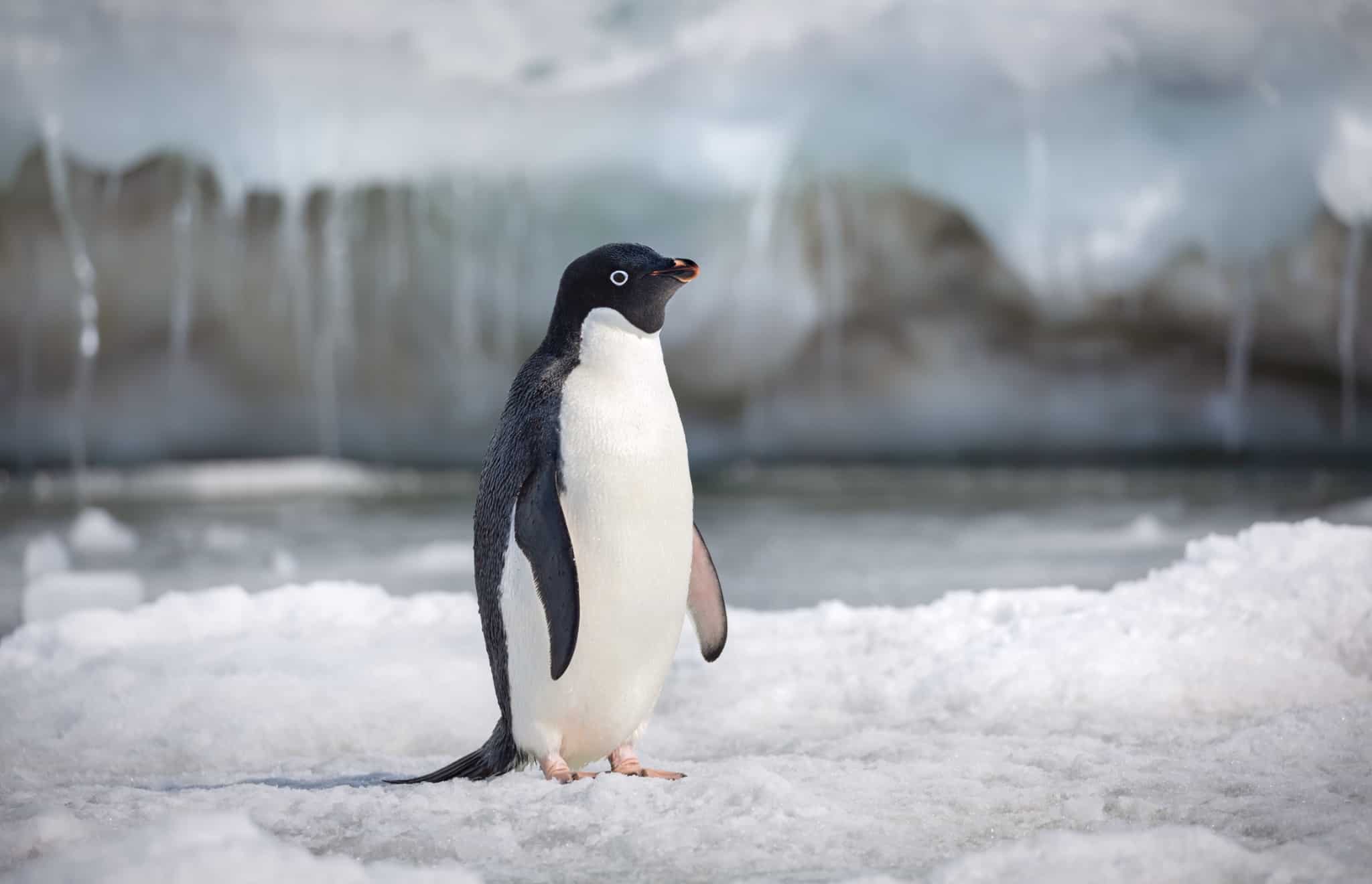 While this film is cute, I did have a few moments where my teenage son and I looked at each other and said, “Did Steve the Penguin just say that?” My son actually called Steve, “The Nard Penguin.” (This is a reference to The Office).

I think this movie may be too slow moving for children younger than 4-5. I did have my granddaughter who is 4, and she was content to sit in the theater and eat popcorn. There was another family with 9-year old girls, and they loved the movie. 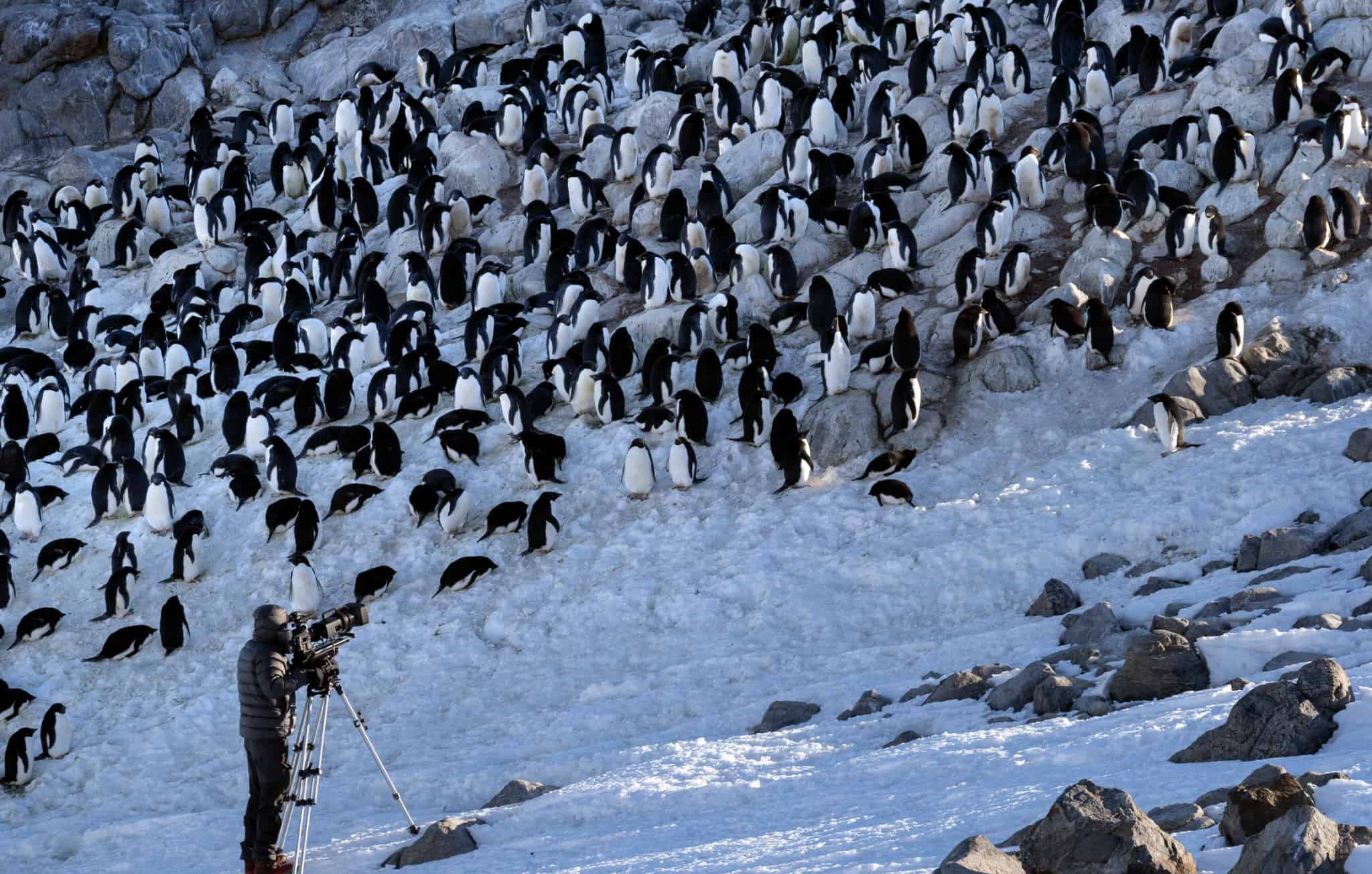 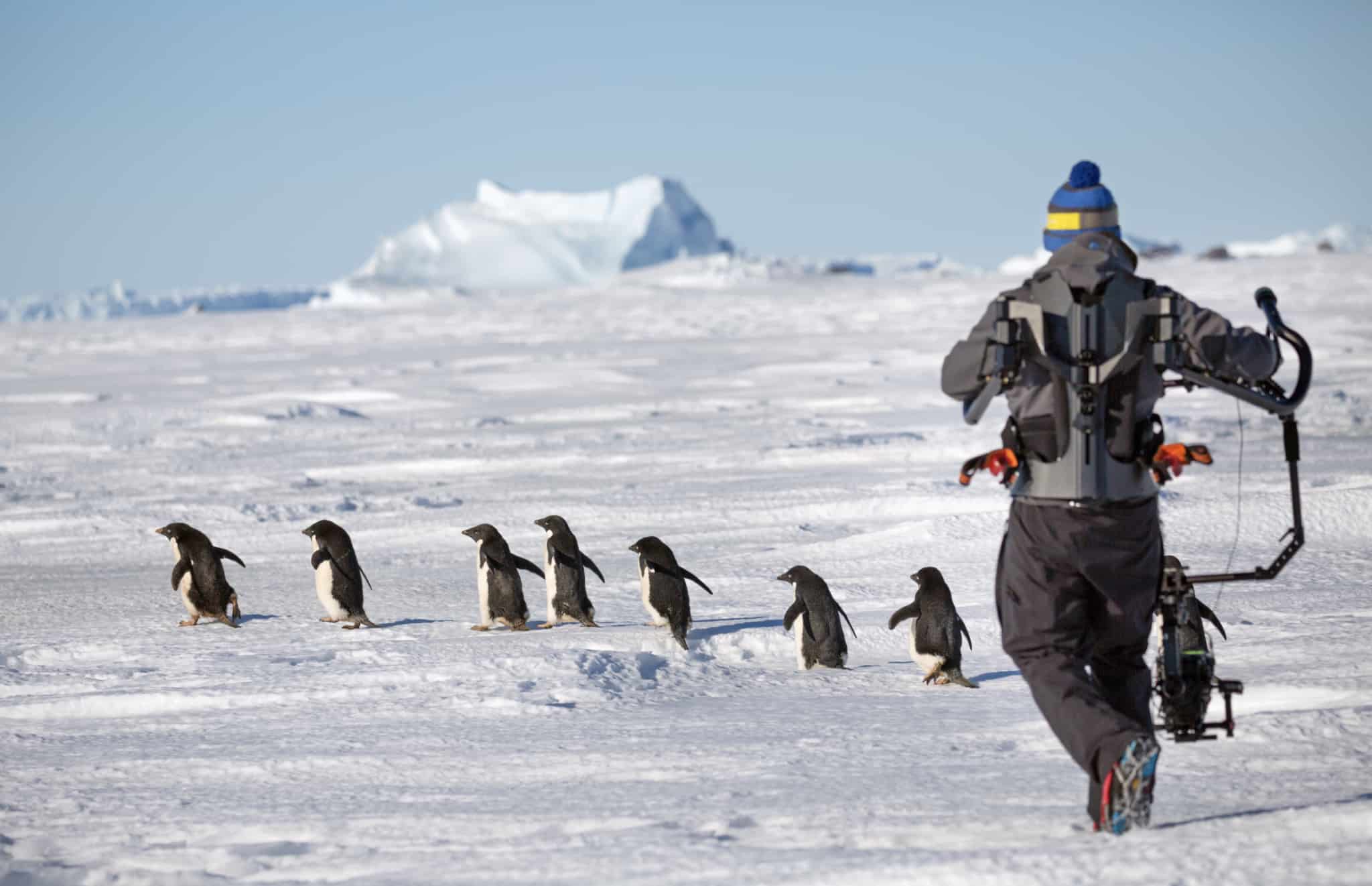 Make sure to watch the footage during the credits. You can get a behind the scenes look at the film crew, cameras, and how the penguins interacted with them. This footage was probably my favorite part of the film. 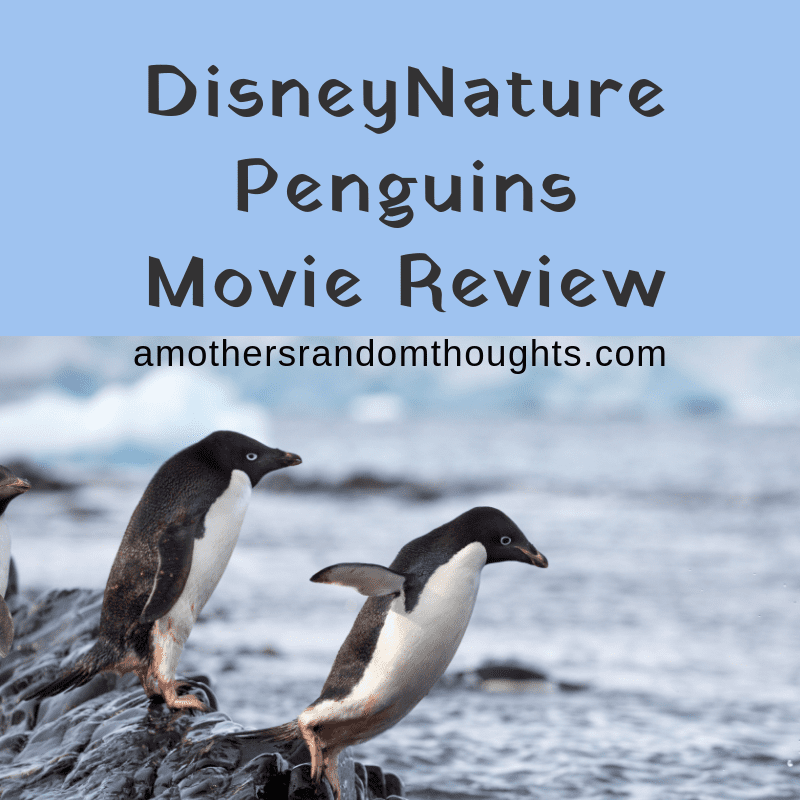