As a parent, you want to know a little about me and how I review movies. I will tell you content that may be objectionable to some parents, but that doesn’t mean you will find it objectionable. Also, if you read something in the content, please know that just because I will (or won’t) let my kids see a movie based on content, I am still not Holy Spirit for you. After reading my review – read others, and then preview the movie yourself if you have any doubts about letting your children see the movie.

From the Studio: “As a small pup, Krypto steals away on a space capsule carrying the Kryptonian infant Kal-El, who will eventually become Earth’s mightiest hero, Superman! Growing up together, Krypto may be the Man of Steel’s best friend, but Krypto only knows life as a Super-Pet and has no idea how to simply be a dog, or even befriend anything with four legs. So, when Krypto learns that Superman is abducted by a telekinetic guinea pig and all-powerful evil genius, Lulu, Krypto— who’s suddenly lost his powers—turns to the only other critters he knows. Luckily, they’ve been zapped with orange kryptonite brought into the shelter through Lulu’s evil scheming, so Ace the hound, PB the potbellied pig, Merton the turtle and Chip the squirrel are now the most powerful animals on the planet. Unfortunately, Krypto’s track record with this crew isn’t great, so he’ll have to do a lot of begging to get them on board if they’re to have any chance of rescuing Supes—and, as it turns out, his super friends in the Justice League—before Lulu exacts her own brand of justice on all of them.”

While Krypto is Superman’s best friend and has been by his side since before Superman was jettisoned from Krypton as a baby, Krypto is learning lessons about friendship, being loyal, and unconditional love.

What Parents May Want to Know About DC League of SuperPets

The Good: There are moments where the bond between Krypto and Superman is very touching. Additionally, Krypto learns how to bond with others. While there are many recognizable characters such as Lex Luther, Wonder Woman, Flash, and more, there are also new characters introduced which make for a great storyline. This movie really did have the potential to be cute.

Several uses of words such as idiot, dummies, dumb-dumb, suck, and someone says, “See you in heck.”

I wish I could say that was the worst content, but there is more.

One character has their words “bleeped” out. It appears they are s-it and f-ck.

A person calls someone a wench.

A dog says, “I lick myself all the time.”

There is a lesbian couple. The pet of the couple mentions her “owner and her fiancé.”

In another scene, there appears to be a gay couple – two men are together.

Lois and Superman are dating, and Krypto talks about how he sleeps in Superman’s bed unless Lois is spending the night.

Additionally, there are several times that Lois and Superman/Clark Kent come close to kissing, and at the end of the movie, they do kiss.

“Praise be her name” is spoken when Wonder Woman’s name is said.

Guinea pigs are referred to as “gods among men.”

There are plenty of explosions, holding people against their will, Kryptonite being used against Superman and Krypto, more explosions, fights, things blowing up, chaos, a dog accidentally leaves bite marks on a child, evil guinea pigs, an evil cat, blowing up cars, utter destruction, buildings falling down, and more explosions. Obviously, it is all cartoon violence, and miraculously nobody dies.

There is a reference to a dog eating the FedEx man.

Again, I wish I could say that is all the objectionable content, but there is more.

A dog sits on a person’s face and says, “This is unpleasant for both of us.”

A dog makes a reference to rubbing his butt across the carpet, and later a dog is seen doing that.

Twice a man is shown in a bathtub. This is brief and reminds me of old cartoon humor, but it was just too much with everything else in this movie.

A dog pees on a statue. While you just see a dog standing with his leg lifted, you hear the sound of peeing for a long time.

A character says to a Garfield plush, “What’s hanging, handsome.” The same character “hits” on everything.

Two characters transform into giant versions of themself and may scare small children.

First, just because you can make a movie doesn’t mean you should. Second, I did expect this movie to be better than it was. I do like John Krasinski and some of the other cast members. I do expect talented actors and actresses to say “NO” when they come upon a script like this.

But, even if I don’t like a movie, that doesn’t mean that it will not be entertaining to some. However, with the cringy content and the subpar story, I would say to give this movie a hard pass.

About the Movie: DC League of SuperPets

The cast of DC League of SuperPets:

John Early as The Flash

Das has Polanco as Green Lantern

When was Krypto first introduced into the DC storyline?

Krypto goes back to 1955 and was Superman’s pet dog.

Should I watch until the end?

If you decide to see this movie, you should watch until the end. There is a short scene at the end.

Where can I watch DC League of SuperPets?

Currently, the movie is only in theaters.

It is not streaming on Disney+, Amazon, Netflix or any other streaming service.

When it streams, watch for it on HBO Max and maybe Amazon. 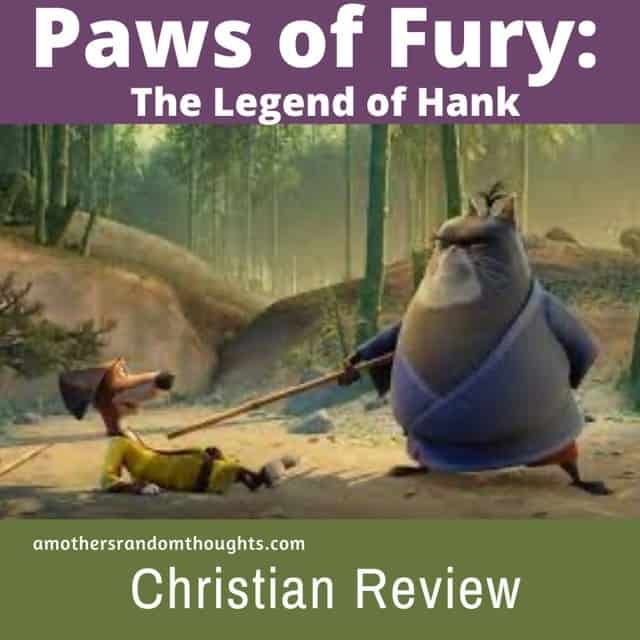